“The Liberal Democrats are ready and keen to regain control of Teignbridge Council on 2nd May. We have a strong team of able, experienced and diverse candidates standing in almost every ward.” Lib Dem Leader Gordon Hook told the media. Launching the Teignbridge Liberal Democrat manifesto, Gordon said: “we demonstrate our forward-thinking and responsible, costed programme, which will produce a CONNECTED, PROTECTED and GREEN COUNCIL FOR ALL THE PEOPLE.” The Liberal Democrat priorities for Teignbridge are: * Genuinely affordable homes to buy or to rent for local people and tougher negotiations with developers; * working closely with Police to tackle anti-social behaviour; * getting serious about environmental protection providing clean streets, better recycling and fighting climate change; * a business-friendly attitude, encouraging entrepreneurs; * open and transparent decision-making, brought closer to residents; and, * valuing and protecting our public services. We will work with communities and Town and Parish councils to deliver for residents. We will bring meetings to our towns and devolve activity away from the Council offices in Newton Abbot. Cllr Martin Wrigley said: “We will provide open and honest local government. We will act with financial responsibility. “We will never forget it's your money the council spends. “With no Labour, Green or UKIP councillors and Liberal Democrats winning six out of the seven Teignbridge by-elections, we are the only realistic alternative to another four years of the Conservative rule.” 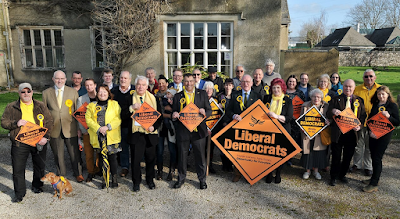 PEOPLE power may have triumphed, after a woodland was saved from clearing and cutting, a prelude to development, residence feared. Terrence Stone Construction made a dramatic U-turn and withdraw its application to clear paths through the scrub around and through the area of protected woodland to enable further “site survey and investigation works”. Local residents had pleaded with them not to destroy parts of the woodland which is a habitat for wildlife. The RSPB sent a consultation letter opposing the plan because of the disruption to nesting birds . Local campaigner Marcia Smyth said: "Some people said that we were wasting our time because the ‘big boys’ always win. Well, local residents have shown that if you are passionate and persistent you can win against those big boys." Local councillor David Cox said loss of the woodland would affect the character of the area and have a negative impact on the environment Cllr Cox added: "This goes to show the that in a David and Goliath situation it is possible for ordinary people to overcome the odds.” Campaigners are looking to work with Cllr David Cox to try and register the woodland as a Town or Village Green under the Commons Act 2006 – to give it protection from development. Once a Town or Village Green is registered, The Green receive considerable statutory protection under two Victorian statutes, Section 12 of the Inclosure Act 1857 and Section 29 of the Commons Act 187 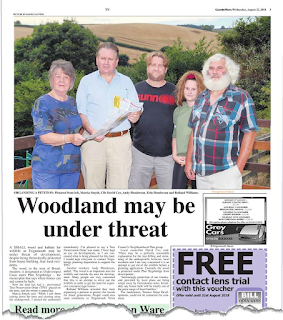 Say NO to the MMO

Teignmouth protesters are demanding dredging at Exmouth Marina does not mean black sludge ends up on the town's beaches. Angry protesters gathered on Monday 2(5th February) outside the Pavilion building hosting the Teig Estuary Partnership meeting, to rally against proposals to dump silt dredged from Exmouth Marina just off Teignmouth’s beaches. A licence to dump the spoil, dredged from Exmouth, off Sprey Point was suspended last year after black silt appeared on the town’s tourist beaches. The Marine Maritime Organisation (MMO) had granted a marine licence to Exmouth Marina for maintenance dredging and disposal of 10,000 tonnes of materials off Teignmouth, but they suspended it after the golden sands of the main beach in the Teignmouth turned black once dumping began. The licence remains suspended until April 19, 2019, and the MMO is now consulting on a revised application for a new licence. Exmouth Marina’s revised licence application would see a 65 per cent reduction in the total allowable amount from 100,000 m3 to 36,000 m3, over the next 10 years and that no disposal will take place between February 1 and September 30 each year to minimise the aesthetic impact on the beach. They say that the variation will reduce the risk of dredge disposal material being deposited on the tourist beaches but that as the silt is still coming in from the river, they do need to ‘do something about it as dredging is needed to maintain access to the boats in the marina’. But Teignmouth Town Council has unanimously voted to oppose the dumping of dredged spoil off its shore and locals in the town are clear that it should be dumped somewhere else. Cllr Peter Williams said: “They did this last year and it all went wrong, and we don’t want it to happen again. The beach is the livelihood for much of the town. It is not just very important for all the people who live and work in the town but for tourists as well, as when they come to the town, they don’t want to see the beach looking like a black rubbish dump. “We think it is akin to emptying your bins in next door’s garden. There must be an alternative to this we think as you cannot control nature and I still don’t think we know that the black sludge from last year actually was. “Around 150 people there last night from all walks of life and the response of the residents has been exceptional. We are all very concerned about this and as far as we are concerned, it must not happen.” Cllr David Cox added: “There is nothing wrong with Sprey Point being a disposal point, but last year all the black sludge appeared. It had a greasy feel to it and it was horrible. “Aesthetically it is not very pleasing for us as a holiday resort and we want to see it done further out to sea where it is less likely to end up on the beach. “We don’t want the black sludge ending on the beach so we are opposing the renewal of the licence. The fact the licence would see less sludge dredged and only done in the winter is something, but we are a tourist destination and pictures of black beaches are not a good look for the town.” Public consultation on the proposals run until 4th March 2019. please e-mail to: marine.consents@marinemanagement.org.uk - or write to: Licensing Business Support Team Marine Management Organisation Lancaster House Hampshire Court Newcastle Business Park Newcastle upon Tyne NE4 7YH - deadline is 4 March 2019. 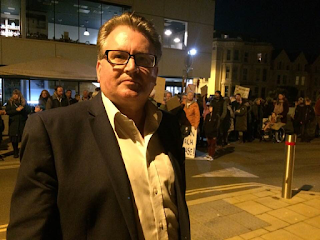 Teignmouth Swimming Club will be running 'Crash Swimming Lesions for 11-16 year olds who missed out on learning to swim at primary school. It's completely FREE thanks to the Incredible Fund paying for teacher training and the Communities Together Fund paying for the scheme.
Posted by KRA at 14:17 No comments: 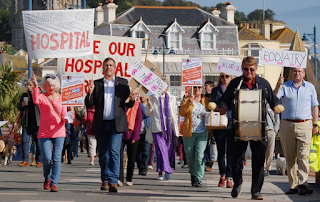 The total new investment in affordable housing proposed in the 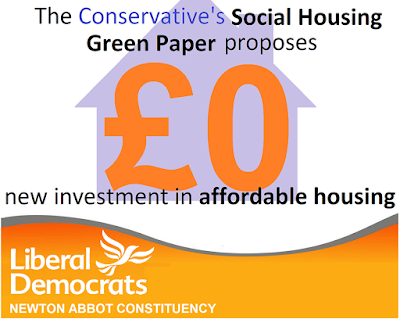 Working for a Clean Green and Safe Teignmouth 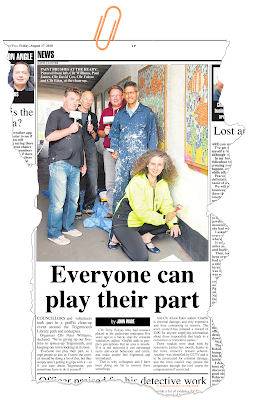 I'm running in the Plymouth Half for the Helen Foundation

Hello, and welcome to my blog. I am the town and district councillor (re elected on 7th May!) for West Teignmouth, and former Mayor of Teignmouth.

The Teignmouth is a very special place, I feel fortunate to have been a councillor here.

I have put my energies into working to make our area a better place, and work with people of all opinions. Our communities are paked with talented people that want to make a difference, but all too often they are marginalised by council bureaucracy or tribal party politics. I am a Liberal Democrat; however people come before party every time.

My priority is to create happier and prosperous Teignmouth - to give more responsibility and resources to local people to unleash their energy and talent. 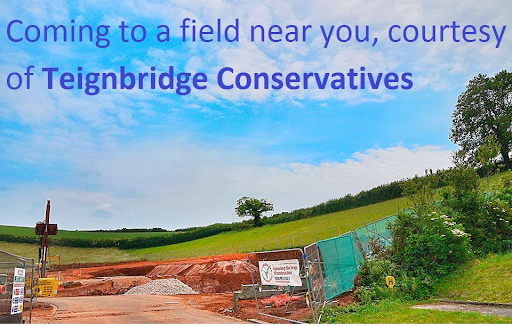 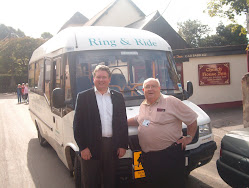 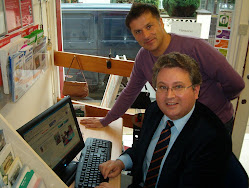 Getting the post office online for visitors and locals 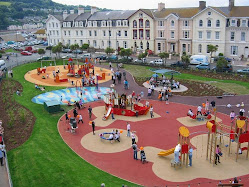 One of my proudest achievements as a councillor 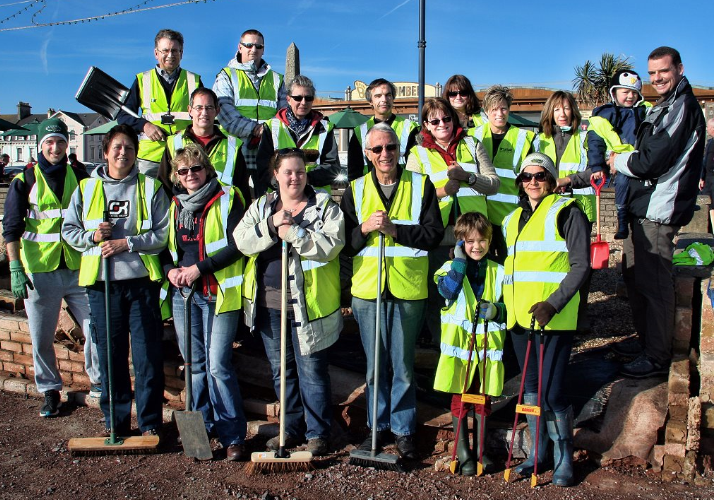 Volunteers clear up after the storms.